Adapted from an op-ed published in the Financial Times on Dec. 19, 2022

I’m not sure where I’m going these days. Not just me – you too! Driving around from here to there, I wonder where we’re all headed. Do we really have a place to go to or is most of it just a Sunday drive type of thing? What’s so important that we fight traffic and 4-way lights, and then, turn around to where we started. Modern day living has changed so much that a lot of this busyness on the highway seems unnecessary. I mean yeah, doctors don’t make house calls anymore and pharmacists demand a full frontal ID for pickup. Most of us have to go to work physically and playing golf on an actual course requires a car, but much has changed. Groceries and meals can be delivered by DoorDash. Most games can be played virtually. Visiting relatives can be FaceTimed with much less stress. Movies are better online. Clothes, toiletries, whatever you need can be at your door thanks to Amazon within 24 hours.

See what I mean? Of course you need to have more moolah than the average bear for some of this, but I gotta say, a nice 60 minute walk or a Peloton workout should keep us fit as the proverbial fiddle and ready to watch Sunday football without driving to the game and paying 50 bucks for parking. Stay home. Enjoy life “off road.” I literally don’t know where we’re going much of the time.

How about markets? Where are they going? Much depends on the economy, inflation, and the Fed’s perception of how high and for how long their fed funds target will be.

But the fact is we need to renormalize the cost of money. Most of us would agree to this. But how high is that and for how long? Among economists, Larry Summers suggests as high as 6% for the Fed’s target funds rate but Jeremy Siegel suggests 3% to 4% is enough. As Fed chair, Powell strongly affirms we will be lifting higher from the current 4.25% to 4.5% target, but warns that the peak in rates and its duration will depend on data in the months ahead.

I suggest several clues to this conundrum. First, aside from the critical focus on US employment, global growth and financial conditions, it is important to analyze what level and pace of real interest rates have historically slowed economic growth in past cycles and led to acceptable inflationary targets.

I emphasize real as opposed to nominal yields because the Fed’s and other central banks’ dream outcome is the infrequently mentioned “r-star”  – the “neutral” level of overnight money rates net of inflation that is consistent with stable economic conditions.

This real fed funds rate is perhaps too complex for widespread public use and is hard to calculate based on forward assumptions of the consumer price index. The 0% or less rate that we saw in some recent years is also an anomaly given the trillions of dollars created under quantitative easing programs.

Nonetheless, apart from this period, historical statistics over the last several decades would show that on average, an r-star in the US of 2% would be enough to flatten growth and raise unemployment. And an r-star of 0 or less would be enough to accelerate inflation above central bank targets.

It’s the 2% that forecasters seem to pass over in their analysis. I would argue that with the Fed’s inflation target of 2% and with the targeted current fed funds rate at 4.25% to 4.5% and going higher in February, we are already at the optimum r-star rate and will probably stay there for some time if — and a big if — inflation appears to be approaching acceptable levels, even above 2%.

The danger of overshooting and the need to have a forward-looking monetary policy argue strongly for this. The Fed should now stop raising rates and wait to see if the punch bowl has been sufficiently drained.

Second, however, I think it important to recognize the dangerous levels of debt recently acknowledged by the Bank for International Settlements. “Off-balance sheet dollar debt,” they warned in a December 5 update, “may remain out of sight and out of mind, but only until the next time dollar funding liquidity is squeezed.”

They calculate this hidden “shadow bank” debt may be as high as $65 trillon, more than 2½ times the size of the entire Treasury market and that most of it is owed to banks. Shades of prior Minsky moments!

Minsky’s famous theory is that stability leads to sudden periods of instability brought on by excessive risk-taking argues for commonsensical caution. See the Ponzi schemes — cryptocurrencies, non-fungible tokens etc. — created aplenty by central banks under the cover of Covid.

The economist and journalist Walter Bagehot noted the pain point for savers in the days of old in the UK: “John Bull can stand many things, but he cannot stand 2 per cent!” Could then Mr. Bull stand the 0% or less of the past few years?

The lowest global rates in history since 2020 have led to massive misallocations of capital. Much of it is in hidden private equity that ultimately must be repriced sharply lower. It is also reflected in housing prices worldwide that resemble 2005-2008 and pose a risk for lenders much like in the era that preceded the global financial crisis. Having locked in historically low mortgage rates, borrowers should not suffer the same default rates as then, but their ability to access future equity-based loans should be severely limited as home prices decline.

There could be trouble ahead if the 4.25% to 4.5% nominal fed funds rate and 2% r-star go higher. Too much hidden leverage, too much shadow debt behind closed doors. Having lifted rates to current levels, the Fed should pause. And the 10-year Treasury in this scenario? 3.5% seems awfully low, especially given ongoing quantitative tightening and a trillion dollar deficit still to be financed. Observe the more bearish German Bund market, now trading at a spread of only 145 basis points to 10-year Treasuries, down from years of 200-basis spreads. Unless deflation is around the corner (not!), I’d avoid 10- and 30-year Treasuries. Too much risk for too little return. 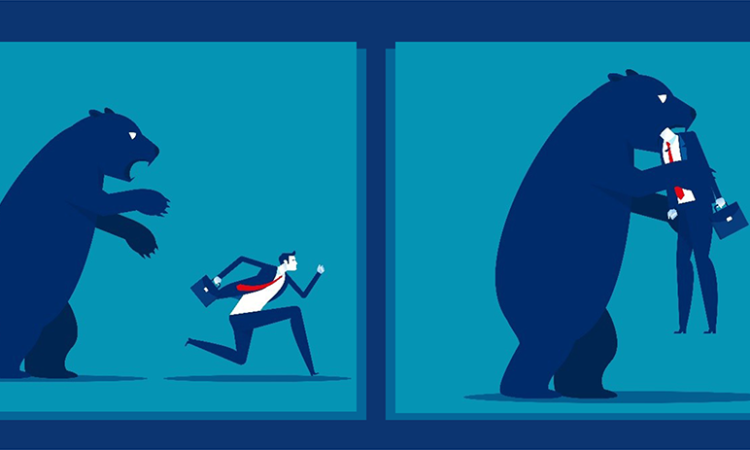